Yes, I admit it. As one of those fangirls who have “second male lead” syndrome, I extremely suffered from “Geol Oh-ache” several weeks (or even months) after watching Sungkyunkwan Scandal because Yoo Ah In is just hmmm…so love! Haha 😂

It’s not the same as how I used to like Soo Hyun before. That time, it’s more of my attachment to the character Sam Dong than the actor Kim Soo Hyun. Now, it’s different, I find myself attracted to both of them – Moon Jae Shin “Geol Oh” and Ah In, himself.

Shipping for the second male lead isn’t a new thing for me. The moment Jae Shin came to spotlight, I knew that I will be rooting for him ’til the end of the series. Ever since I watched Dream High, even with the smallest chance, I tend to hope for a “female lead metanoia” – that she will realize how the second male lead love and care for her all the time that will eventually lead to a change of heart. Unfortunately, Yoon Hee wasn’t able to see how great Jae Shin’s love for her is. 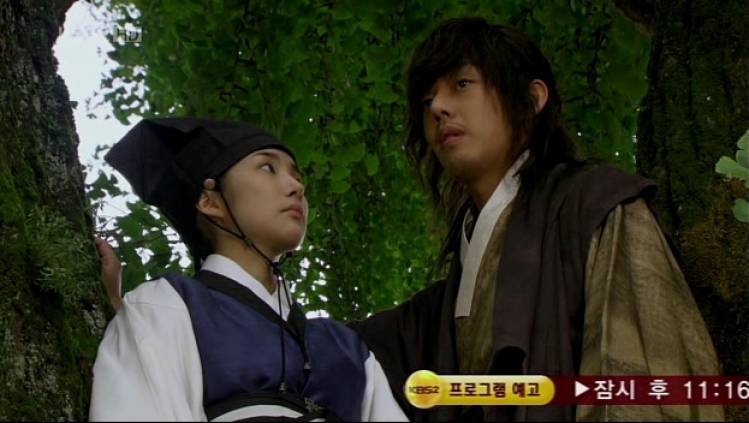 In a historical drama, I really do love characters like Jae Shin. As I wrote in my previous post, he reminds me of Bidam (of Queen Seon Deok)– long untied hair, great fighting skills, bright mind,  soft heart and most of all, fearless eyes. Both of them are so mysterious. You really do not know what thoughts they have on their minds.

Behind Jae Shin’s black outfit is an impulsive, stout (mapusok, I think is the right word to use) yet very profound man in his youth. He always stays quiet in a side but fights for what he think is right at the same time. He’s living in his own world where only his most trusted friends can landed their feet on. 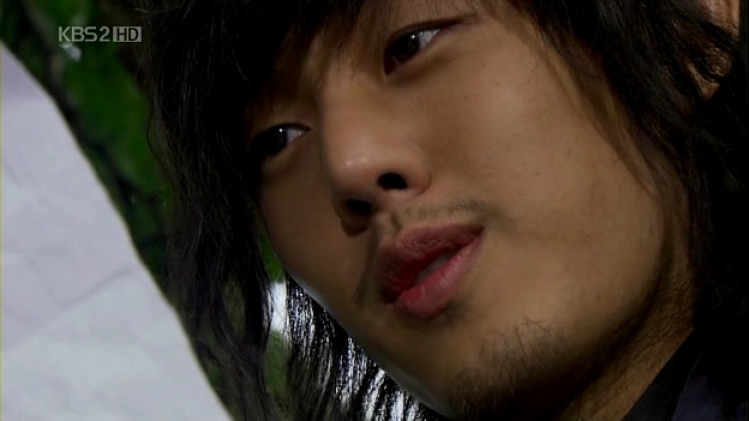 The way he cares for Yoon Hee is daebak! I can barely hold the pain seeing those eyes soundlessly saying “I worry for you”, “I’m always here for you”.

Another thing I love about him is his sort of nervousness disorder that he can’t help but hiccups when there are girls around. Seriously, this made him even cuter. Haha. And lastly, his “when-you-smile-like-that, I-die” smile is exceptional. 😊 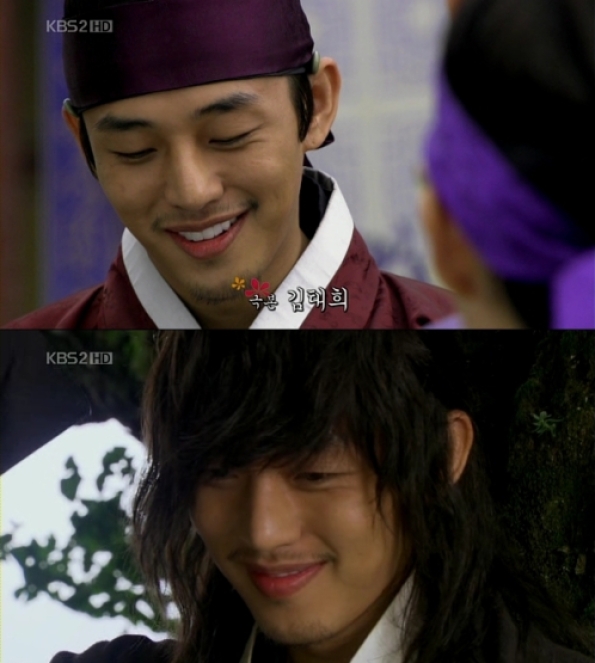 I really find his character very interesting. His existence spices up the drama (and raises its ratings as well).

Although it started with him, it doesn’t end with the character Moon Jae Shin. I badly want to know how the actor, Yoo Ah In see his character Geol Oh. How did he portray him so great? Are they so alike? What are their similarities? Differences? I REALLY want to know! My curiosity led me to one of his interviews.

I discovered that Ah In and Geol Oh are so much alike. Ah In isn’t the typical kind of actor who always ‘smiles’ in front of the camera, wanting to please everybody. He’s unbounded by his career in expressing himself. Like Jae Shin, he cares about social and political issues. He’s a great writer and I adore him in this profession.

“If you live as if you know the answer, it’s no fun and you could fall behind.”

That’s my favorite words from him. This shows how adventurous this guy is. Actually, I see myself in him. My tagline in almost all of my accounts (twitter, g+, blogger) –

“Yes, it’s full of uncertainties, but that’s what makes it so exciting.”

doesn’t seem to vary much from the quote above. Ah In’s deepness is I think the main reason I like him. You want to be a fan because you want to discover more and more about him. It’s the same with how Enrique Geum (of Flower Boy Next Door) finds Go Dok Mi as his source of curiosity.