It is my very first Thai series. I have watched a couple or two of Thai movies before but never really tried watching Thai dramas. I was looking for something when I discovered this latest adaptation of my favorite Korean drama of all time, following Full House (Pinoy version), five years ago.

One major difference in this version is that Mike (the male protagonist, Lee Young Jae in the Korean version, Justin Lazatin in the Pinoy adaptation) is more of an idol, not an actor. (When I say idol, you know like Kpop star, more of a performer) Well, maybe because Mike is a real idol in Thailand. Yes, they used his real name in the drama. I read a comment that he looks like Kris (EXO). I can say that indeed there are some similarities.

If Mike looks like Kris, I think the female lead looks like Jackie Rice. Well, at first I do think so, but when she smiles, it’s more of Jennylyn Mercado. Don’t you think so? Haha. She looks pretty, though. 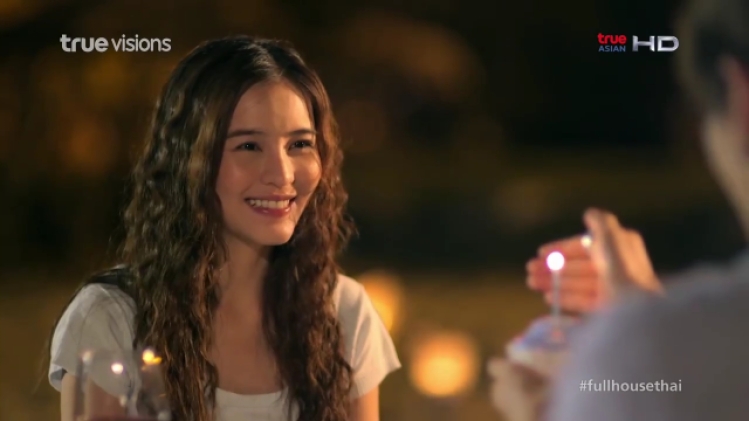 The drama adapted a lot of scenes from the Korean version especially during the first episodes. But of course, their honeymoon needs to be out of the country. If the Korean couple spent their honeymoon in Thailand, the Thai couple spent it in…yes, Korea! Actually, they were going back and forth to Korea. Haha. I think about 1/4 of the drama has been filmed there.

This version also got some ideas from the Filipino version. In the original Korean version, Han Ji Eun (Jessie Han) has no relationship with Donald and Lizelle (yay, I don’t know their Korean names). She’s just a good friend of the two. In the Pinoy version, Jessie and Donald are siblings. And in the Thai version, instead of having a brother-sister relationship, they decided to make Aom-Am (Jessie) and Om (Lizelle) sisters. Well, I think the latter two versions did this family twist since it is so irrational to sell your friend’s house no matter how close you are to each other. And also like Justin of the Pinoy version, Mike gave Aom-Am a laptop as a birthday gift. (Young Jae gave Ji Eun a recorder in the original Korean version. Reasonable since during that time (2004) people are still using diskettes.).

Another thing about this version, the story is quite slow in the beginning of the series like it took eight episodes for them to get married. Then it’s like they suddenly fell in love with each other and I got all the climax at Episode 16. I don’t remember the Pinoy version but in the Korean adaptation, the viewers were able to witness how they started to care for one another and gradually develop feelings with each other. It’s just so cute and painful, too. Haha. Just remembered how many times Justin stood up Jessie. Those who have watched the Korean version, I know you understand me.

Also, the Thai version is more family-centered. And Mike’s family is just too kind and understanding to the point that is almost unbelievable. Well, it’s just that they didn’t get furious when they learned about the contract marriage! Haha. What?

I almost forgot to mention, their Full House. Okay, I see the effort and everything to make it look like the Korea’s Full House. The color, the glass windows, the stairs, the terrace and the lake. Yeah, they managed to have a lake in lieu of the Korean version’s beach. It just that the Thailand’s Full House is quite stuffy I think. Aside from the small kitchen, the dining area is just next to the living room and there are too many plants inside the house. I wonder how they manage to water them without getting the floor wet.

And one more thing, that “when you’re happy, clap your hands” song, we have that in the Philippines, too! Well, not the exact thing, but the melody is indeed the same “Kung ikaw ay masaya, tumawa ka. HaHa! (When you’re happy, just laugh. Haha)”  Made me wonder the origin of this song. Hmmm.

Even though you won’t hear the famous Ji Eun’s Three Bears in Full House Thai, it still quite cute and funny. Do I recommend this drama? Yes! it IS Full House anyways. I’ve watched its Korean version at least ten times (as in TEN times). That’s how much I love this series. And also Full House Pinoy version is one of the best Filipino adaptation of Korean dramas. And this Thai version l can say lives up to the drama’s legacy. 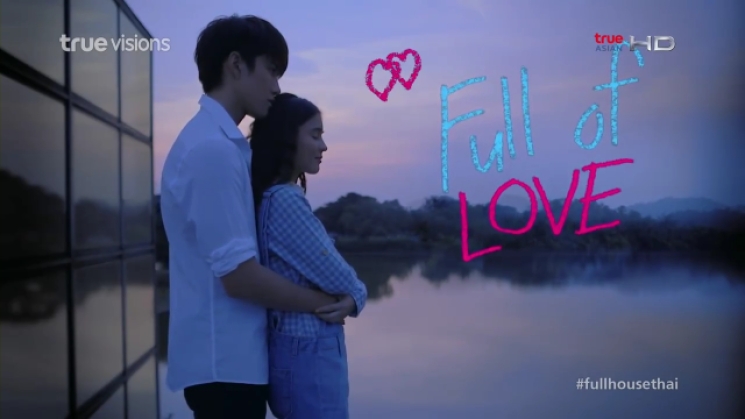