What I Love about Sam Dong

Song Sam Dong
These past few days, my mind was again preoccupied by things about Sam Dong, SaMmi and other Kim Soo Hyun stuffs. In fact, I just subscribed to a YouTube channel dedicated to Soo Hyun. What’s with me? Well, I really don’t know. I admit he’s not even the most handsome guy I’ve seen but I find myself too attached with his character in Dream High – Song Sam Dong.
This new wave of Sam Dong addiction is probably because of the Mnet Asian Music Awards 2011. I saw him there presenting the Best  Male and Female Artist Awards together with Nam Gyu Ri.
After watching MAMA, I can’t stop myself from watching my favorite scenes from Dream High and other Soo Hyun videos mostly taken with Suzy.

Kim Soo Hyun at Mnet Asian Music Awards
Fine. I’ll not be satisfied if I won’t write this blog post now. And because of that, I won’t finish my term paper either. Anyway, let’s begin.
1. He’s left-handed.

Sam Dong writing the lyrics of “Dreaming”
Honestly, I thought of this first, the moment I decided to write this post. I discovered it when he was composing the song Dreaming. Then, I remembered aside from his right hand, he also used his left hand to hold the spray paint as he repaints the wall that their classmates messed up to bully Hye Mi. With that simple but so sweet deed, he made me like him more.

Hye Mi saw the wall repainted by Sam Dong
So why did I choose it to be the first in the list? Well, I’m left-handed too. As far as I know only 17% of the world’s population are left-handed. It’s kinda fun that both of us are part of that small percentage. Haha, I guess no matter who you love you’ll surely find something you have in common.
2. He’s super caring.
Maybe this is the best thing I love about Song Sam Dong. He’s so caring, a true gentleman. Look, who protected Hye Mi from a falling flower pot? Whose back became Hye Mi’s shield when her classmates were throwing eggs to her? Who wanted to put a band-aid on Hye Mi’s forehead when she was hit? Who defended Hye Mi from those Jin Kuk’s die-hard fans? Who saved Hye Mi from those bad guys when she was sitting alone? Oh my, it was all Sam Dong.

Song Sam Dong playing the piano
3. He’s talented.
Singing, dancing, composing and even drawing- he’s great in all of these. Oh, Sam Dong, just be mine. Kidding! I’m not that super die-hard fan yet, fortunately. I can still distinguish real world from the virtual world of dramas where Sam Dong belongs.
4. He’s kind, innocent and good.
Yeah, he does possess all of these good traits.
5. He’s so sincere.
This is also one of the main reasons I love him. He’s so sincere. Especially, when it comes to his feelings. Gaahh! I will surely get mad at Hye Mi in case she didn’t choose Sam Dong in the end. Well, fortunately she did.
Okay. They there are. But don’t get me wrong. I’m not going to take him away from Hye Mi. I’m a hundred percent SamMi fan. I shipped these two ever since Sam Dong appeared in Dream High. Hye Mi take note, you’re so lucky to have him. Treasure him, ‘kay? And me, as a fan, will forever support the flower couple. 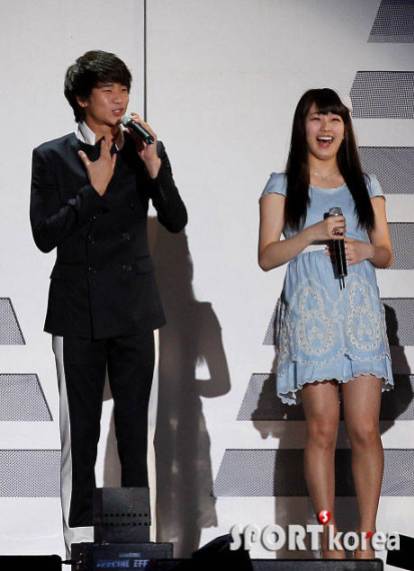