Suzy’s Cameo on “You Who Came from the Star”

Yay! Finally, HyunZy in a drama scene…but just a cameo. Anyway, it’s nice to see them together again.

Suzy made a cameo on Episode 17 of Kim Soo Hyun’s drama You Who Came from the Star. This series is known for having cameos of famous celebrities like Sandara Park of 2NE1, the lead man in Unexpected You (don’t know his name), among others, but Suzy’s cameo is the most interesting. Haha. Not to mention that Kim Soo Hyun himself personally asked Suzy to do it. 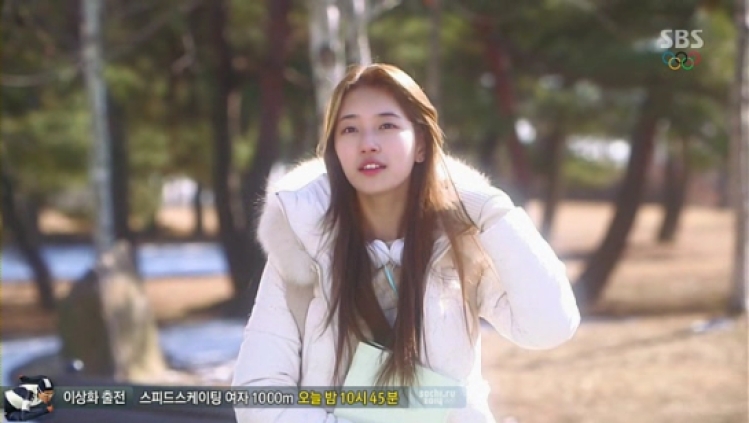 Suzy played a role of a college student named Go Hye Mi (yeah, it’s our Hye Mi-ah). She attended Do Min Joon’s class twice (purposely failed the first time because she has a crush on him!). And it cracks me up, when she said that he looks like her ex, Sam Dong.

The scene is long enough to make Cheon Song Yi jealous. Actually, I only expected a minute of HyunZy on screen so I was satisfied. Hehe. This episode is one of the series’ highest rated. The flower couple seems to have a lot of supporters until now.

Comparing their looks 3 years ago, I can say that both of them looks more mature now. In Dream High, they look so young and innocent, just like high school students, indeed.

With a new clip of Soo Hyun and Suzy together, I would love to make an mv, featuring a short fanfiction. Hope I can have time to do that. Anyway, still hoping that they’ll do a new series or maybe even just a film together. HyunZy, daebak! 😊