It’s been more than a year since we heard the news about this Hana Kimi Korean version, Beautiful You but up to now, we haven’t even seen a 10-second teaser.
I’m so excited and really wanna see this version of Hana Kimi. Fans also anticipate the cast. Rumors there, rumors here, rumors everywhere! Who are really taking the lead roles?
Searching for the one who will play the lead role, Ashiya Mizuki, you may see names like F(x)’s Amber and SNSD’s Yoona. Super Junior’s Hee Chul is rumored to take the role of Nakatsu Shuichi while their leader Lee Teuk is said to play either the role of Sano Izumi or Nanba Minami.
But recently, two names are said to be confirmed. They are Sulli of F(x) and ShiNee’s Min Ho. Hmm, I’m not familiar with these two. I can’t say if the said confirmation of SME is true but for it to trend on twitter I think I should consider posting it here to inform you guys. It is also said that the drama will air on SBS this coming June. 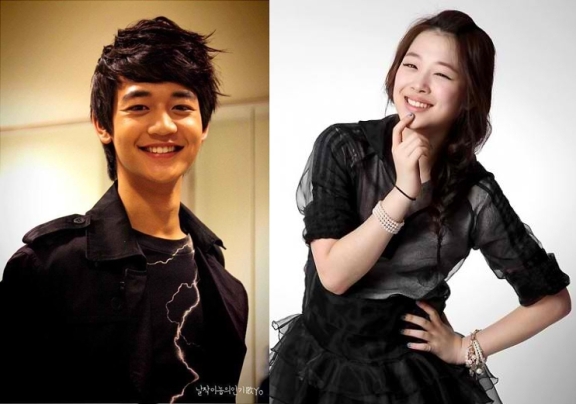 Choi Minho and Choi Sulli
Well, all I can say is, “Please, start filming!”. I’m so eager to know how Korean drama touch will be added to my favorite series, Hana Kimi.
If the said cast is just another rumor, my next post about Hana Kimi Korean (if they will really produce it) will be it’s teaser. I’m already tired of false news about this drama, and I’m afraid I will end up contributing to the dissemination of it, too.